Today we are gonna to know another model of outlet—-ASTM A105 Threadolet.

Threadolet is one of integrally Reinforced Connection Branch, which provides an outlet from a larger pipe to a smaller one. Outlet connects onto main pipe by welding, and for branches, it has a female threaded connection to mate. 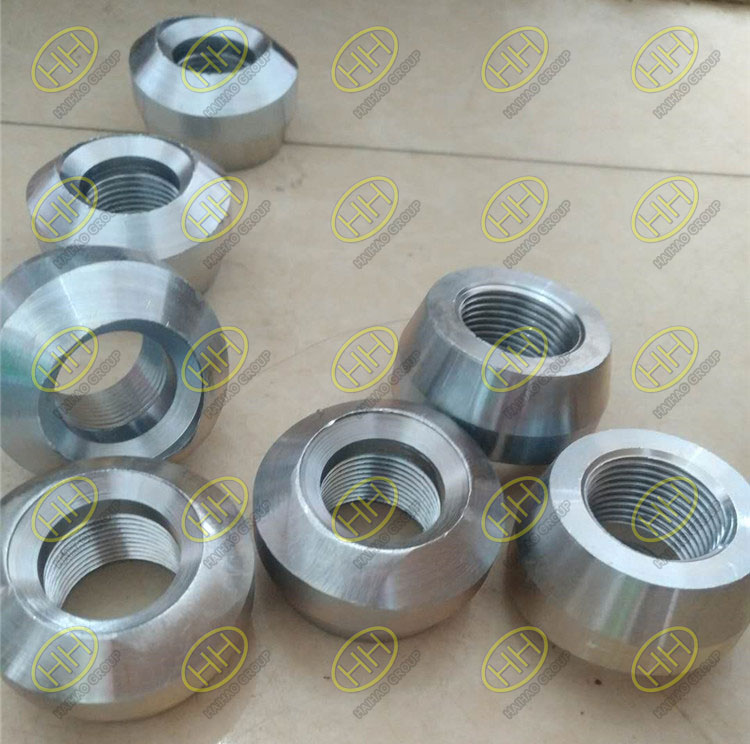 ASTM A105 Threadolet has advantages of safety and reliable, low cost, simple construction, fixed parameters and easy to design and use. It is increasingly widespread used in pipes with high pressure, high temperature, large diameter, thick wall, and replaces traditional branch connection way.

BSP (British Standard Pipe) is a family of technical standards for screw threads that has been adopted internationally for interconnecting and sealing pipes and fittings by mating an external (male) thread with an internal (female) thread.Thread angle is 55 deg, conicity is 1:16. Internal thread has Rp and Rc two types, while external only has cone-shape R, and Rp-R is more active, and Rc-R is used less.