Centerline segregation occurs as a positive concentration of alloying elements in the mid-thickness region of continuously cast slab. Depending upon its severity, it may affect mechanical properties and potentially downstream processing such as weldability, particularly for high-strength line pipe. The segregation fraction in continuously cast slabs and corresponding hot-rolled strips was assessed on API 5L grade X65 line pipe steels with different levels of segregation, rated as Mannesmann 2.0 and 1.4.

The results showed that the segregation fraction in hot-rolled strip samples was in accordance with that assessed in the cast slabs, and the segregated regions in hot-rolled strip samples were found to be discontinuous. Transverse and z-direction CVN impact tests were conducted on the two strips and the results showed that centerline segregation does have an influence on the Charpy impact properties of line pipe steel. 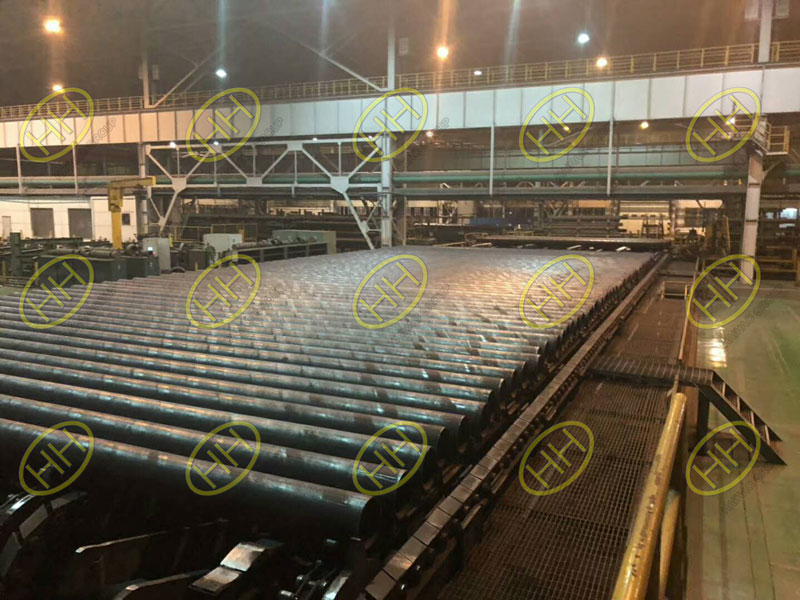 Based on the welding process parameters of high strength pipeline steel, the artificial neural network (ANN) model has been developed to predict Charpy_V notch (CVN) impact toughness of the welded joint. The model with back propagation (BP) algorithm is built in batch mode and optimized using momentum and adaptive learning rate. Futhermore, it is also optimized using genetic algorithm (GA).

If you would love to know more technical information, please send email to me : sales@haihaogroup.com

impact test , pipe steel
Share:
PREV： What is the difference between PSL1 And PSL2 pipes?
NEXT： Introduction of precision steel pipe