&nbspHome » News » Company News » What is a charpy impact test?

What is a charpy impact test?

The Charpy impact test, also known as the Charpy V-notch test, is a high strain-rate test that involves striking a standard notched specimen with a controlled weight pendulum swung from a set height. The impact test helps measure the amount of energy absorbed by the specimen during fracture.

The standard Charpy-V notch specimen is 55mm long,10mm square and has a 2mm deep notch with a tip radius of 0.25mm machined on one face.

In some circumstances, sub-size Charpy specimens can be tested with thickness less than 10mm. The specimen is supported at its two ends on an anvil and struck on the opposite face to the notch by the pendulum. The amount of energy absorbed in fracturing the test-piece is measured and this gives an indication of the notch toughness of the test material. The pendulum swings through during the test, the height of the swing being a measure of the amount of energy absorbed in fracturing the specimen. Conventionally, three specimens are tested at any one temperature and the results averaged. Alternatively, tests are carried out at a range of temperatures in order to generate a ductile to brittle transition curve. 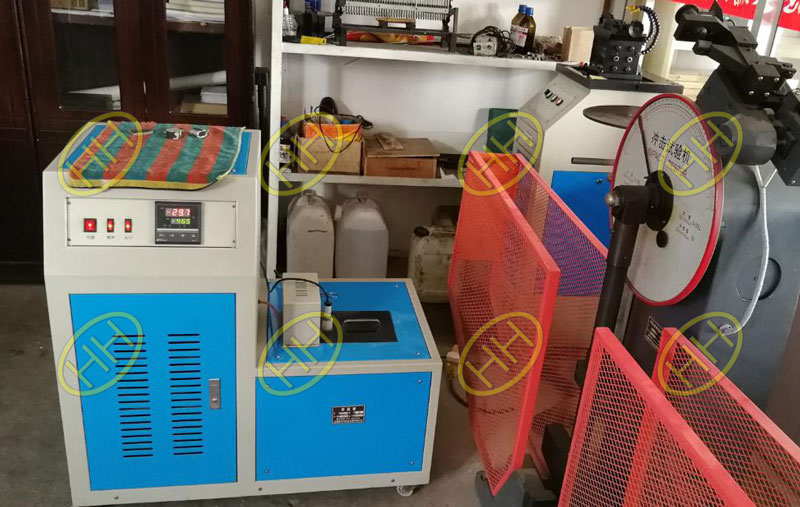 Impact test of EN10204 for German order in Haihao Group

Charpy tests show whether a metal can be classified as being either brittle or ductile. This is particularly useful for ferritic steels that show a ductile to brittle transition with decreasing temperature. A brittle metal will absorb a small amount of energy when impact tested, a tough ductile metal absorbs a large amount of energy. The appearance of a fracture surface also gives information about the type of fracture that has occurred; a brittle fracture is bright and crystalline, a ductile fracture is dull and fibrous. The percentage crystallinity is determined by making a judgement of the amount of crystalline or brittle fracture on the surface of the broken specimen, and is a measure of the amount of brittle fracture.

Lateral expansion is a measure of the ductility of the specimen. When a ductile metal is broken, the test-piece deforms before breaking, and material is squeezed out on the sides of the compression face. The amount by which the specimen deforms in this way is measured and expressed as millimetres of lateral expansion.

When reporting the results of a Charpy test, the absorbed energy (in J) is always reported, while the percentage crystallinity and lateral expansion are optional on the test report. It should be emphasised that Charpy tests are qualitative, the results can only be compared with each other or with a requirement in a specification – they cannot be used to calculate the fracture toughness of a weld or parent metal.

TWI is UKAS accredited for carrying out Charpy testing to ASTM E23 and ISO 148, at a wide range of test temperatures.