1.The cause of the uneven spiral thick-wall steel pipe is the uneven wall thickness caused by the adjustment reasons such as the abnormal center line, the unequal inclination Angle of the two rollers or the too small amount of pressure in front of the top, which is generally distributed in a spiral shape along the whole length of the steel pipe.The main measure is to adjust the rolling center line of the punch machine so that the Angle of the two rollers is equal, and adjust the pipe rolling machine according to the parameters given in the rolling table. 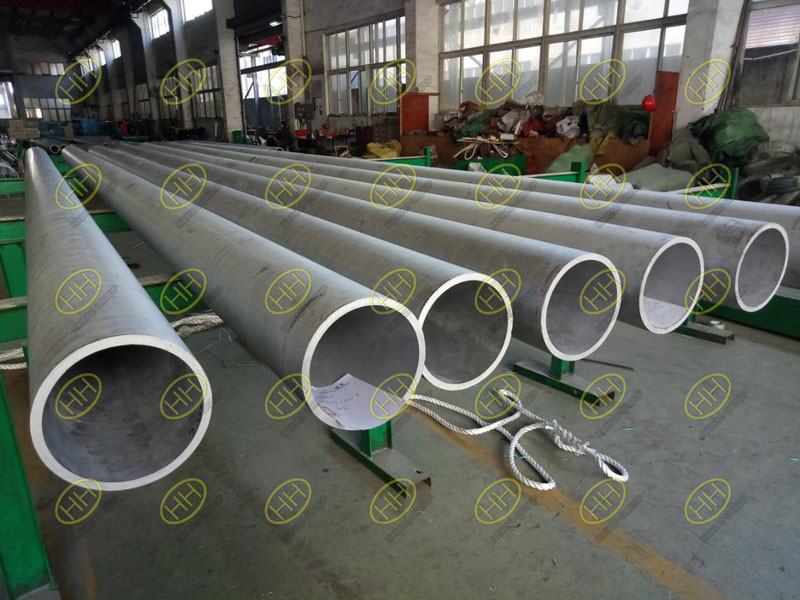 2.The reason for the uneven thickness of the linear wall is that the prepenetration of the mandrel saddle is not adjusted properly, and the prepenetration of the mandrel touches the capillary tube on a certain side, resulting in the rapid temperature drop of the capillary tube on the contact surface, resulting in uneven thickness of the wall and even the defect of concave drawing.Too small or too large a gap between rolling rolls.Pipe mill center line deviation. The unevenness of single and double frame pressure will cause the linear symmetry deviation in the direction of single frame (superthick) and double frame (superthin).The main measures are to adjust the height of the mandrel through the saddle and ensure that the mandrel and the capillary are in the center. Roll gap should be measured when changing pass and rolling specification, so that the actual roll gap is consistent with the rolling table. The rolling center line is adjusted by the optical alignment device. The center line of the rolling mill must be corrected during the annual overhaul.

3.The reason for the uneven thickness of the head and tail wall is that the cutting inclination of the front end of the tube billet,the excessive bending, and the abnormal centering hole of the tube billet easily lead to the uneven wall thickness of the steel tube head.The extension coefficient is too big, the roll speed is too high, the rolling is not stable.The unsteadiness of casting steel in piercing machine is easy to cause uneven thickness of capillary tail wall. The measure is to check the quality of the tube billet, to prevent the cutting Angle of the front end of the tube billet and the large amount of pressure down, and to correct the centering hole when changing the pass or repairing. Lower perforation speed is used to ensure rolling stability and uniformity of capillary wall thickness. When the roll speed is adjusted, the matching guide plate is also adjusted accordingly.