How does the radiographic methods detect pipeline flaw defects?

Radiographic methods commonly used in the industry are X-ray inspection and gamma ray inspection. Refers to the use of electromagnetic waves to detect metal workpieces, similar to X-ray. The passage of the ray through the material to the backsheet will result in a uniform sensitization of the film; if defects such as cracks, holes, and slag inclusions are encountered, a shadow zone will generally be displayed on the film. This method detects the size and shape of the defect and also determines the thickness of the material.

X-rays are produced by impacting an anode target with high-speed electrons under high vacuum conditions. Gamma rays are radioactive isotopes that are emitted during atomic transmutation. Both are electromagnetic waves with high penetration and short wavelength. Objects of different thicknesses need to be penetrated by rays of different energies, so different sources of radiation are used separately. For example, X-rays emitted by X-ray tubes (when the acceleration voltage of electrons is 400 kV), gamma rays generated by radioisotope 60Co and X-rays generated by a 20 MeV lin, the largest steel that can penetrate The thicknesses are approximately 90 mm, 230 mm and 600 mm, respectively. 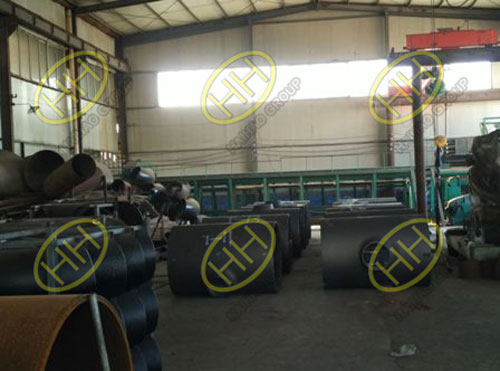 The core device of the X-ray machine is an X-ray tube, and the ordinary X-ray tube is mainly composed of an anode, a cathode and a tube.

The x-ray is excited by the x-ray tube plus high-voltage electricity, and the intensity of the x-ray can be adjusted by the applied voltage and current.

The main technical performance of the X-ray machine can be summarized into five: workload characteristics, radiation intensity, focus size, radiation angle, leakage radiation dose. When selecting an X-ray machine, consider whether the above performance is suitable for the work performed.

The gamma ray flaw detectors are divided into three types: portable, mobile, and stationary. The portable gamma ray machine is light, small in size, small in weight, easy to carry and easy to use. However, from the perspective of radiation protection, it cannot be equipped with a high-energy gamma ray source.

Radiation detection uses radiation sources or radiation devices to emit radiation. Inadvertent operation can cause radiation damage to personnel. The operator should perform radiation protection and pay attention to the proper preservation of the radioactive source.